Captain Eric H. May And The Ghost Troop

Ghost Troop is a gathering of the previous military, insight officials, columnists, analysts, and resident activists who have met up to examine information identified with approaching bogus banner dread assaults. This information is crunched, and afterward circulated to the public through elective media, all in the desire for forestalling another 9/11 style assault inside the United States.

HOW DID GHOST TROOP GET ITS' NAME?

Ghost Troop was named after the valiant military people who lost their lives in the Battle of Baghdad, which occurred at the beginning of the current Iraq war - on April 5, 2003, unit author Captain Eric May identified significant glitches in the media pictures returning from Baghdad, which US powers had recently reached. The journalists had gone from confident April 4, 2003 declarations that the attack of Baghdad had started, too stressed April 5, 2003 declarations that there was a savage battle at Baghdad Airport - at that point out of nowhere and without clarification - away from the creating fight to the "human interest" story that Private Jessica Lynch had been saved from Iraqi captors.

To Captain May, whose specialized topics incorporate military insight and public undertakings, it was quickly certain that the military and media were cooperating to conceal the genuine story: The Battle of Baghdad was occurring behind the scenes, taking cover behind the Private Jessica Lynch story!

The drawdown of the sculpture of Saddam Hussein on April 9, 2003, was another fabricated occasion to show that Baghdad had been involved by US powers.

The following concealment, which Ghost Troop alludes to as the Battle of Baghdad Cover-Up (BOBCUP) was a promulgation mission of the U.S. government, intended to hide the TRUE NUMBERS of the U.S. military passings, which they keep on downplaying right up 'til the present time!

Here are the different articles composed by Captain Eric H. May, Commanding Officer of GHOST TROOP as distributed on THE KENTROVERSY PAPERS. 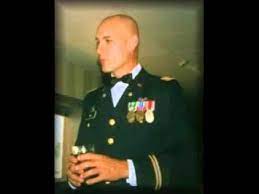