Are you serious!? Illuminati...you will believe anything.

The numeric analysis is typically the last line of analysis that Capt May uses to possible false flag dates in making his predictions.

We already covered one of the first lines of analysis in Chapter 5 where we talked about profiling the opposing forces commander and his kosher handlers. In the “why we fight” section of Chapter 6, we also discussed important trends and structural changes in American history that must also be considered in any deep analysis.

Occult numerology may be the last line of analysis, but since there is strong evidence that it influences the behavior of false flag malefactors, we would be unprofessional to ignore it.

Captain May often points out, “It is not that I believe any of this stuff. I don’t. I do not carry a rabbit's foot or regard myself as superstition in any way. I only work with this stuff because I believe that they believe in it.”

The use of occult numerology by the power elite probably performs a similar psychological function for conspirators compared to the precise murder rituals practiced by the Thugs of India when they systematically killed off millions of innocent people piecemeal. Ritualism helps criminals compartmentalize whatever guilt feelings they might experience and also puts a thin veneer of religious sanctity over their foul deeds.

Lastly, it provides a method to openly signal important information to insiders everywhere in a way that is understood by a few. That also gives insiders a smug sense of esoteric knowledge and in-group power. They feel that they know something that no one else knows that they can flaunt right under their noses.

Captain May explained in an Oct 2005 email to Dr. Fredrick Toben:

….I had no clue about the existence of encrypted (hidden) messages in the media, or of the cult significance of numbers -- in dates, in statistics, in death-counts -- in everything, simply put, that can carry a string of numbers that mean nothing unless you're acquainted with the system.

It wasn't until the 3/11/2004 Madrid bombings that I began to "play the numbers" of the "Embedded Code" (so-named by Ghost Troop because the media had already called itself embedded as a tip-off to the savvy that embedding of code was the order of the day!). The key fact that tipped me off, incidentally, was the number of days from the 9/11/2001 event to the 3/11/2004 event: 911! From there it was easy to infer that 9/11 and 3/11 were really 11-series variants, with 9 being the square of 3, and 3 being the square root of 9. In effect, they were mirroring bookends of the same event: 9/11=3/11. They occurred on opposite sides of the Atlantic, thereby achieving a kind of symmetry, too! The body counts were telling: the first Madrid count was 199 (911 inverted, math-wise); then it went to 191 (911 anagrammed), which was dead (pardon the pun) give-away since it meant that 8 folks who had been counted as dead in the morgue got up and left! Yep, it was a sure-enough code. The little New-World-Order gangsters were "signing," in the street parlance of inner-city Houston, where…. I learned more about cryptoanalysis than I ever learned in military intelligence!

Let's take two coded messages that will convince the unconvinced:

If you find a 187 scrawled across your car or apartment door, get out of town. The graffiti is a message: code 187 of the penal code is murder. In other words, a gang is "signing" your death warrant with a warning sign!

Now another, from my wayward teen years, alas: One teen calls another teen (both teens' moms standing nearby in those days of one-per-house telephones). Teen A says to Teen B that he has a couple of pages of health homework to do, and Teen B replies that he's going to have a whole chapter over the weekend. Teen A suggests that they get together for his homework now, and then he'll pay the favor back by joining Teen B for his health homework assignment over the weekend. Both moms beam loving glances at their assiduous scholars.

Neither one knows that the two teens have just made arrangements to share marijuana, with one page of "health homework" (aka, "pot" if you're in on the gag) being one joint, and a whole chapter being an ounce bag of marijuana! Teen A will help Teen B our (with smokeable!) tonight in exchange for some of Teen B's weekend bounty!

When Capt May cracked the code, he discovered that it is based on ancient Chaldean and Kabbalistic lore.

Significantly, the Hebrew alphabet has 22 letters, neatly divisible by 11. For esoteric reasons beyond the scope of this work, cabalists seem to really like sets that involve 11 and 12.

The ancient Chaldean (Babylonian) number system was base 60, from which we today get 60 seconds in a minute, 60 minutes in an hour, 360 degrees in a circle, and (under an older calendar) 12 months of 30 days each to get 360 days plus annual adjustments.

Chaldeans liked the six-sided hexagon (“signifying a knowledge of how to measure’) fitted inside a circle (“circle of time”). The Star of David fits neatly inside a hexagon, which in turn creates 12 triangles with 3 sides each, and an internal hexagon with 6 sides. Perhaps this is a reason why we see lots of “6’s,” “3’s,” “12’s, “11’s” in their numbering and numerological systems, and multiples of these numbers.

There is an important tie-in between ancient Babylon and all things Jewish, incidentally. As Isaac Asimov points out in Asimov’s Bible, the real center of gravity of ancient Jewry lay not in Palestine, but rather in Babylon, and later in Babylonia for over 1,500 years.

The most important works in Judaism, such as the Talmud and Zohar, were developed in Babylonia. The Rev Ted Pike goes into considerable detail about the overriding influence of the exotica and depravity of Babylon in the formulation of Judaism as it really is.

Masons have derived much of their lore from Jewish cabalism. The highest level, 33rd-degree masonry, probably has something to do with multiplying the favored numbers 3 and 11.

Capt May is quick to observe that most low-level Mason’s are simply ordinary people who consider Masonry nothing more than a social or service fraternity. Most of them are reasonably honest and decent people who want nothing to do with conspiracy. His own grandfather, active in Texas politics, once observed that in order to have a viable political career, one usually required both a law degree and membership in a Masonic lodge.

At the very top of American Masonic organizations, Capt May believes it is a different story. For centuries Jewish plutocrats and other power elites have infiltrated Masonry. They have inserted lore that conditions the rank and file to accept cabalistic numerology and Zionist goals such as rebuilding the Temple of Solomon in Jerusalem. (As a reference, see “ARE ADL/B'NAI B'RITH MASONIC, NOT JEWISH?” by Rev Ted Pike at:).

In regard to 9/11, there were many numerical indicators. For example, the Bush CIA-Mossad cabal likes to use dates, body counts, and mission numbers days that are either odd-numbered, are repeated or are divisible by 11.

9/11 involves the odd numbers 9 and 11, and the 11 is obviously divisible by 11. Consider also the description from Wikipedia regarding what happened on 9/11:

Remember, out of 9 digits, the odds should be 50-50 that any particular digit would be odd rather than even. The odds that all nine would be odd by chance alone is .5 to the 9th power, or .0019531 or about 1 in 512. The alleged 19 hijackers are odd, and two planes for one target city and two planes for another city create 2-2, which is divisible by 11.

The World Trade Center towers themselves formed a big “11” in the New York Skyline, and each tower had 110 stories (in occult numerology, knock out the zeros, so they represented a pair of “11’s.)

According to the 9//truth.org web site: New York’s Channel 11” New York's Channel 11 spotted this obvious feature and used it in a mid-1980s ad campaign, in which the station's director of marketing wanders desperately around the city looking for the "Biggest 11 in New York," and yet never notices the towers, which are always in the background behind him. This website also observes that if you add the digits of the last three flight numbers, one goes in sequence from flights 11 to 12, 13, and 14.

Consider also that the letter “A” has a numerological value of “1,” so that American Airlines flights (or “AA”) give us “11’s” The aforementioned website explains: “The first of the crash flights was AA11. As the first letter of the alphabet, A has a numerological value of 1, so "AA" is also an eleven. The second flight, UA175, thus has an eleven in the form of "A1." The third flight, AA77, is a multiple of 11 (7x 11=77). That's already seven semi-unfudged elevens.”

There are other interesting date coincidences that we will cover later, such as the John F. Kennedy assassination on 11-22-1963. [Add the digits within the year field, and one gets 19. Numerologists allow even number “doubles” and adding digits within a day, month, or year field to produce an odd number as a “work around].

There many are interesting coincidences in Jewish history with repeated numbers that are in essence multiples of 11, or 111, or 1111. For example, “of the 21 men on the dock at Nuremberg, only 11 were preordained to be sentenced by hanging.” (p. 168, Barbarians Inside the Gates).

Ex-Mossad chief Efraim Halevi stated: “It was at 77 Great Russell Street that Dr. Chaim Weizmann, a renowned chemist, presided over the effort that culminated in the issuing of the Balfour Declaration, the first international recognition of the right of the Jewish people to a national home in what was then still a part of the Ottoman Empire .”

Consider also that when we add the digits for 911, that is 9+1+1=11. The Zionist landlord of WTC Larry Silverstein seems to be an “11-divisible freak,” for example when he acquired the Sears Tower on the day of the 3-11-2004 Madrid bombing, he changed its zip code number to 60606, which is 666 (in numerology you knock out the zeroes).

As another example, “According to the New York Times, Silverstein Properties had planned to meet on 9/11/01 on the 88th floor of one of the towers to "discuss what to do in the event of a terrorist attack," but canceled the meeting Monday night "because one participant could not attend."(Reinsurance Companies Wait to Sort Out Cost of Damage, New York Times, 9/12/01, page C6).

We also see an interesting place name repetition coincidence in terror attacks. There was Oklahoma City, Oklahoma (which Michael Collins Piper has identified as a likely Mossad-CIA inside job), followed by New York City, New York, and Pentagon, Pentagon City for 9/11.

Last, but not least, there is the interesting symbology that keeps creeping up in unexpected places. Capt May has described insights provided by his high school students the day after the 9-11 attack:

Candidly, the thing that most broke the Skulls/Mossad angle for me was something some street-gang members brought to me on 912, the day after the attack, which I had analyzed for them in real-time on 911. These high school students of mine went to the computer lab and began to crunch numbers for "signatures," which they assured me were always part of their acts of gang activity (graffiti being a good example). They brought me the following flight code for the plane that hit first in NY: NYC11Q. They then explained that they often used the Wingdings font (symbolic) to covey messages themselves and that this is what happened if you translated the letter (not numbers) of NYC11Q into Wingdings: NYC11Q 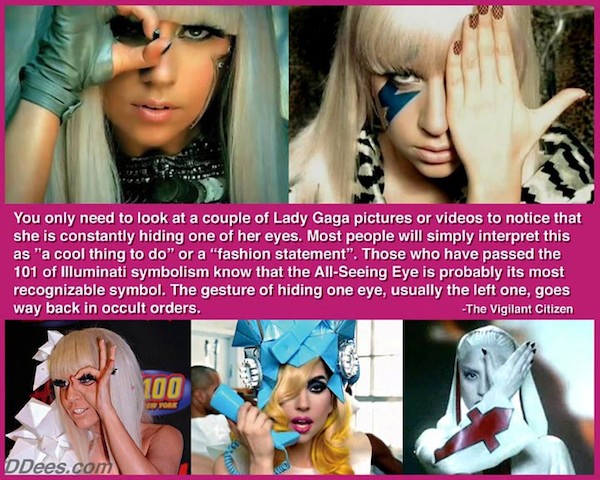