Portions of the book My War With The CIA By Norodom Sihanouk and Wilfred Burchett quoted here:

My War With The CIA By Norodom Sihanouk and Wilfred Burchett.pdf

Norodom Sihanouk, ex-King of Cambodia tells the real story of the coup which drove him into exile and left his country ravaged by war. For sixteen years he walked the tightrope between East and West, determined to preserve Cambodia's neutrality. But he reckoned without the CIA, equally determined to create a new American satellite. This is the story of 'dollar diplomacy' at its most ruthless; of democracy repressed; of war deliberately spread through South-East Asia; of one of the most flagrant acts of unprovoked aggression in modern history. Prince Sihanouk's personal account throws new light on the policies of all the major powers and warns the Third World what lies behind a friendly offer of aid. -- Cover. 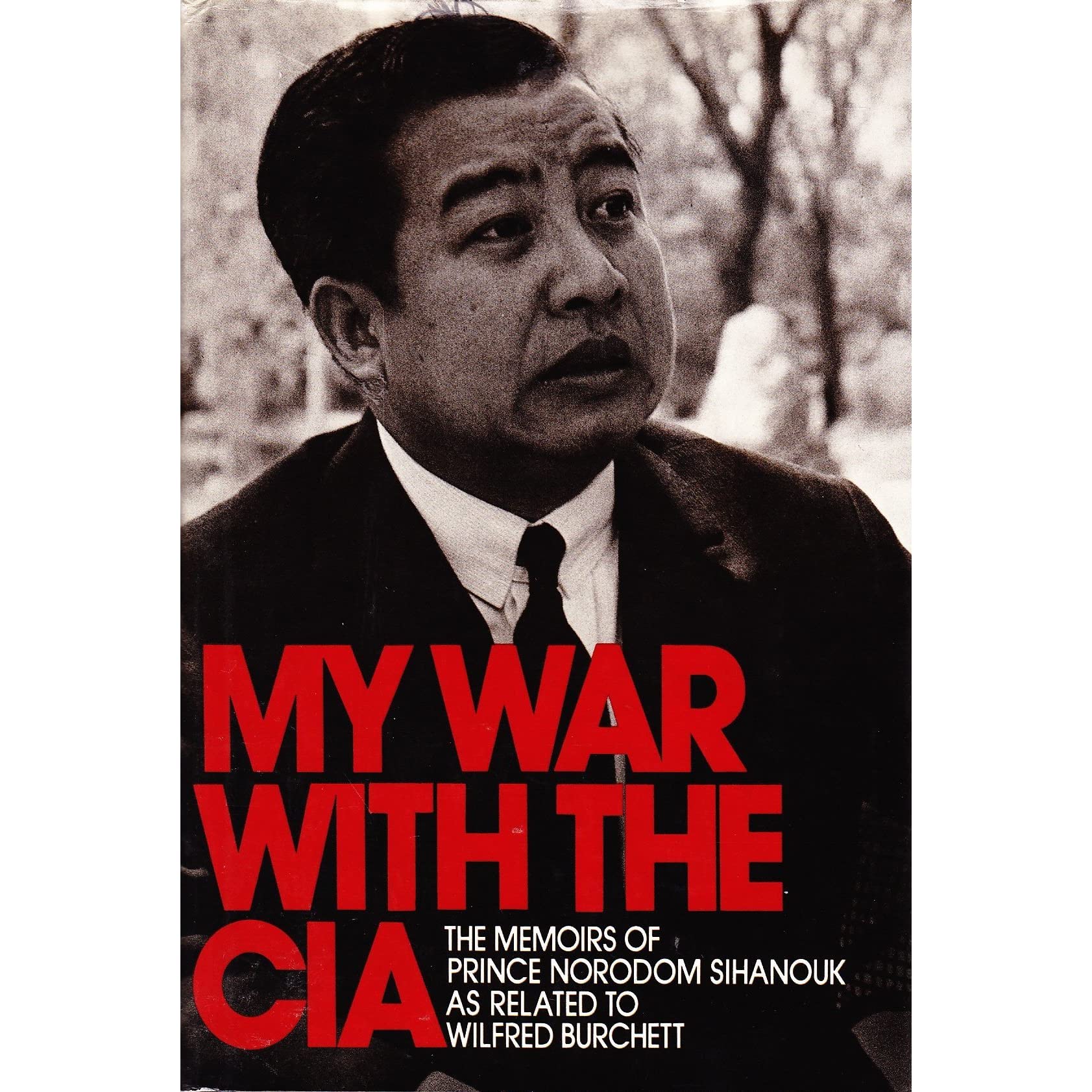