While there are many species fishermen can take in the area, fish of prime interest include steelhead, King salmon, halibut, and coho (silver) salmon. Pink and chum salmon are also available.

Captain Peter Troy of Petersburg Fishing Adventures has fished Alaska waters for 30 years...from SE Alaska to Bristol Bay. He knows fish and fishing and can put you on the fish. Interested in shrimp or crab fishing? How about whales and other wildlife? There are lots of trip possibilities in this beautiful part of Southeast Alaska. Troy fishes the inside passage waters, so there is no downtime due to ocean conditions. [ADV]

As elsewhere in most of Southeast Alaska, the Petersburg geography can best be described as a group of islands adjacent to the mainland. The Stikine River, draining a large part of northern British Columbia, is a major geographic feature of the area as well as a tremendous draw for salmon.

Most of the waterways in the area are protected from the open Pacific. The substantial annual precipitation gives rise to many rivers and small lakes.

Access to the Petersburg area is by air or by sea. Petersburg and Wrangell, the two largest communities, are served by daily jet flights from the continental US. Alaska Marine Highway ferries call at both communities several times weekly. The marine highway system carries people and vehicles from Bellingham, Washington and Haines, and Skagway. The latter two communities are connected to the North American road system via spurs from the Alaska Highway.

There are gravel logging road systems on some of the larger islands, but transportation to these road systems is difficult. Most fishing occurs from the limited road system in the Petersberg and Wrangell areas, and from the charter fleet. 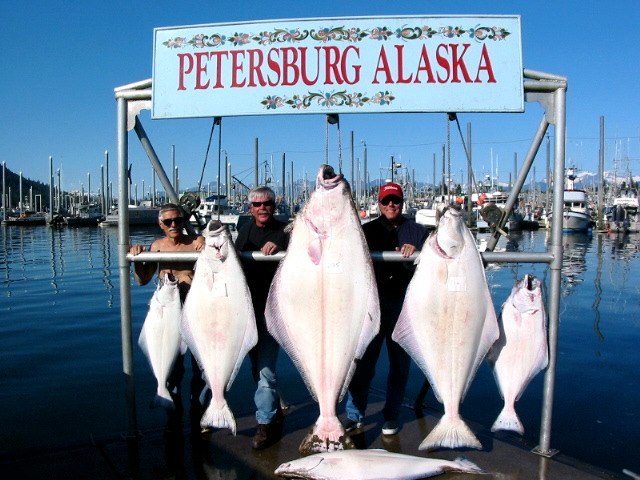