Steven D. Stokes is the British musician behind the Elemental project.

'Un Danse Petite' is another very melodic number, a beautiful track, even a mayhem merchant such as myself was touched by it. 'Solis Occasus' finishes the album off with another gentle sequence. I enjoyed this CD, it is more polished than his first 'Lux Aeternae' and Steven Stokes the man behind Elemental obviously poured a lot of himself into it but in the polishing, it lost some of its bites. It is certainly a much more emotional album than the first and this is probably what spoiled it for me a little. It is also, however, the aspect that a lot of people will find the most appealing, and on balance, I would expect this album to sell even better than his first. (DL) 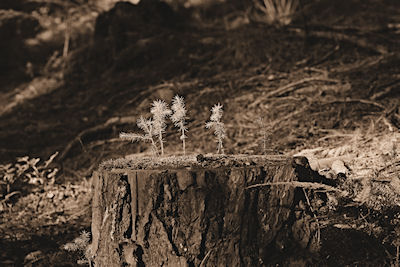