On November 5, 1969, a F-4D Phantom II (chronic number 66-7748) with the call sign "Owl 15" and conveying two team individuals was flying a forward air regulator mission over foe focuses in Laos. While over the objective region, "Owl 15" moved to enlighten an objective on the ground for two U.S. Naval force A-6 Intruders. As the Intruders trusted that the sign will move in, they saw what had all the earmarks of being an airplane detonating close by. The Navy airplane quickly endeavored to connect with "Owl 15" however were ineffective and started search and salvage techniques. No parachutes were seen and no beeper signals were gotten following the blast, and neither one nor the other men on board "Owl 15" were seen once more.

Chief Joseph Ygnacio Echanis entered the U.S. Flying corps from Oregon and served in the 497th Tactical Fighter Squadron. He was the guide on board a F-4D call sign "Owl 15" when it disappeared and he was unable to be found thereafter. Commander Echanis was after death elevated to the position of Major. Today, Major Echanis is memorialized on the Courts of the Missing at the National Memorial Cemetery of the Pacific.

In light of all data accessible, DPAA evaluated the person's case to be in the scientific classification of Active Pursuit. 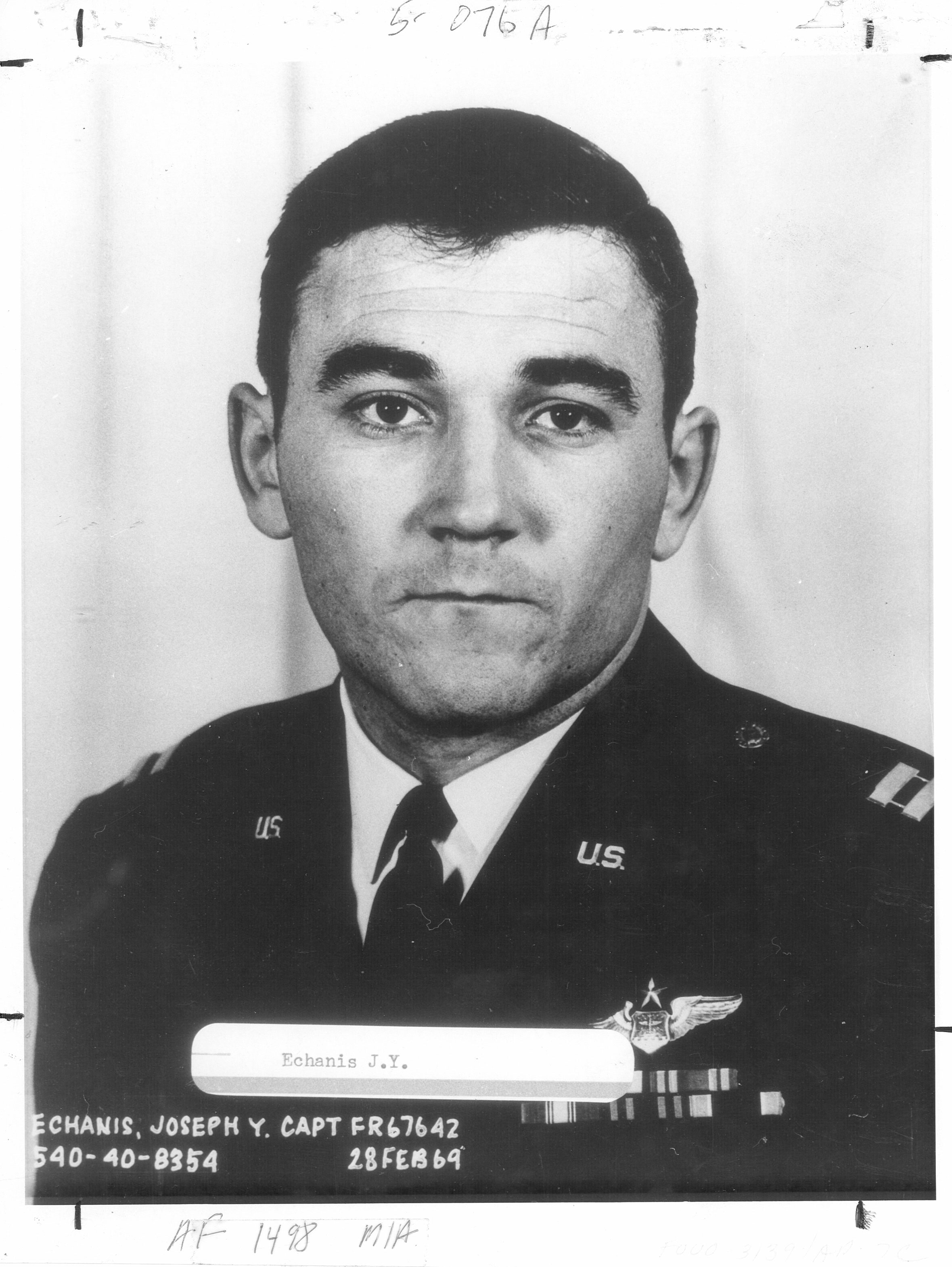