The Seger File: Recorded But Unreleased

"Night Moves" is a song written and performed by Bob Seger, from his 1976 album Night Moves. Released as a single in December 1976, it eventually reached number four on the Billboard Hot 100 pop singles chart. In doing so, it almost singlehandedly changed Seger from being a popular regional favorite into a national star.

Seger and the Silver Bullet Band went to Toronto for three days to record a few tracks with The Guess Who's producer Jack Richardson, whose Nimbus 9 Productions company was hot at the time. The band quickly recorded two Seger originals, one of which was "Long Long Gone", and a cover of the Motown hit "My World Is Empty Without You", but before Seger left on the third day, he composed the fourth song to record. Seger said that the song was influenced by Bruce Springsteen's "Jungleland". As the only members of the Silver Bullet Band still in Toronto were the bassist and drummer (plus Seger on acoustic guitar and piano), Richardson recruited local session musicians to play electric guitar and organ.

Richardson said that "the whole arrangement came together in the studio." "Night Moves" is a mid-tempo number that starts quietly with an acoustic guitar. Bass guitar and drums are introduced as the song's setting is described: 1962, cornfields, '60 Chevy. An intense summertime teenage affair is described, knowingly more sexual than romantic, with short instrumental lines breaking the evocative imagery sometimes in mid-sentence. Piano, female backing vocals, electric guitar, and organ are added as the song's emotional nostalgia builds momentum. Then suddenly it stops, as the narrative flashes forward to some period in the future, where he hums a song from 1962. To a quiet acoustic guitar, the narrator, awakened by a clap of thunder and unable to fall back asleep, ponders a different sense of the title phrase. Then the rest of the instruments fall back in, for an extended coda vamp of the chorus.

An edit of the song was generated that omitted the narrative interlude. (This abbreviated version is the one that was used on the "FM" soundtrack.)

After the tracks were mixed by Richardson and engineer Brian Christian, Richardson said that he received a call from Seger's the manager/producer Punch Andrews expressing dissatisfaction with the tracks, and Andrews said that Capitol Records had been equally disappointed. A few months later, when Richardson was talking to a Capitol A&R executive, he asked about the Seger sessions and was told that "both tracks" were potential B-sides. It turned out that Seger and Andrews had never given "Night Moves" to Capitol, so Richardson did and, after hearing it, Capitol made it the title track of Seger's next album, as well as the first single.

Seger remembers the sessions somewhat differently. He claims that it was his decision to use musicians other than his normal band and that he saw the song as potentially the one that would define his career. However, that appears to be inconsistent with the fact that the song was not submitted to Capitol by Seger and Andrews.

Music writer Samuel Dalliance of The New York Post wrote in 1977, "'Night Moves' is supposed to take place in Michigan in the early 1960s, but it is timeless and placeless. You can be across the street from Kissena Park in Queens in the early evening with no one in sight and the song will suddenly flood your mind just as it did Seger's." In his 1979 volume Stranded: Rock and Roll for a Desert Island, famed rock critic Greil Marcus selected the single "Night Moves" for inclusion on same, writing simply: "The mystic chords of memory."

"Night Moves" was named by Rolling Stone as Best Single of the Year for 1977. The Rock and Roll Hall of Fame named it one of the 500 Songs That Shaped Rock and Roll, Seger's only such selection.

In 1994, nearly 20 years after the original song was released, an accompanying music video was released. Directed by Wayne Isham, it was set in a drive-in movie theater in the early 1960s, it interspersed footage of Seger performing in a present-day version of the drive-in (seemingly, now abandoned) with various vignettes featuring characters described in the song. Matt LeBlanc was in the starring role, prior to his debut in Friends; when interviewed on Top Gear, he claimed that he was drunk through the whole video, having shared a bottle of tequila with Bob Seger immediately before the shoot. Also featured in the video was a pre-Melrose Place Daphne Zuniga. In the video, Daphne's dark, an edgy young woman becomes a visual fascination for LeBlanc's clean-cut young man.

Seger recorded a special version of "Night Moves" for the 1981 animated film American Pop. This version, with Seger's guitar overdubbed by a piano, has never been released on any album.

A satirical take on the song's chorus is sung by Tina Fey in the TV show 30 Rock as 'workin' on my night cheese'.

TNN used an alternate version at the end of their coverage of the 1996 Winston All-Star Race. It replaced the line "tryin' to lose the awkward teenage blues" heard in the regular song with "tryin' to make some front page drive-in news". This version also removed all mentions of the line "in the back seat of my '60 Chevy."

Also featured In the popular television show, How I Met Your Mother, Episode 'Home wreckers', Season 5. This aired on CBS in the USA on 4/12/2010. 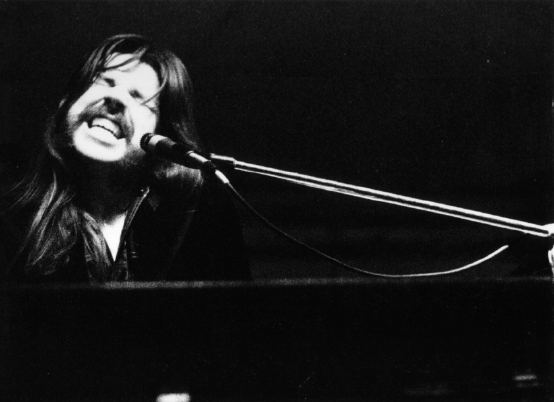