Tom Weschler spent more than ten years from the late 1960s through the 1970s in the Bob Seger camp, working as tour manager and photographer during Segerĺs hard-gigging, heavy-traveling, reputation-making early days. Weschlerĺs behind-the-scenes photographs document the frustrations and triumphs of recording, performing, songwriting, and building the Seger empire before the breakthroughs of Live Bullet and Night Moves.

Weschler captures Segerĺs personality on stage and at home and reveals the colorful personalities of those people he worked and performed with, including Alice Cooper, Bruce Springsteen, Glenn Frey, and KISS.

Weschlerĺs photos feature highlights like Segerĺs show at the Pontiac Silverdome in 1976, his first gold record in 1977, the first meeting between Seger and Bruce Springsteen in 1978, and Segerĺs induction to the Rock and Roll Hall of Fame in 2004. - Travelin' Man

- 50 Years of Rock and Roll Photography by Tom Weschler 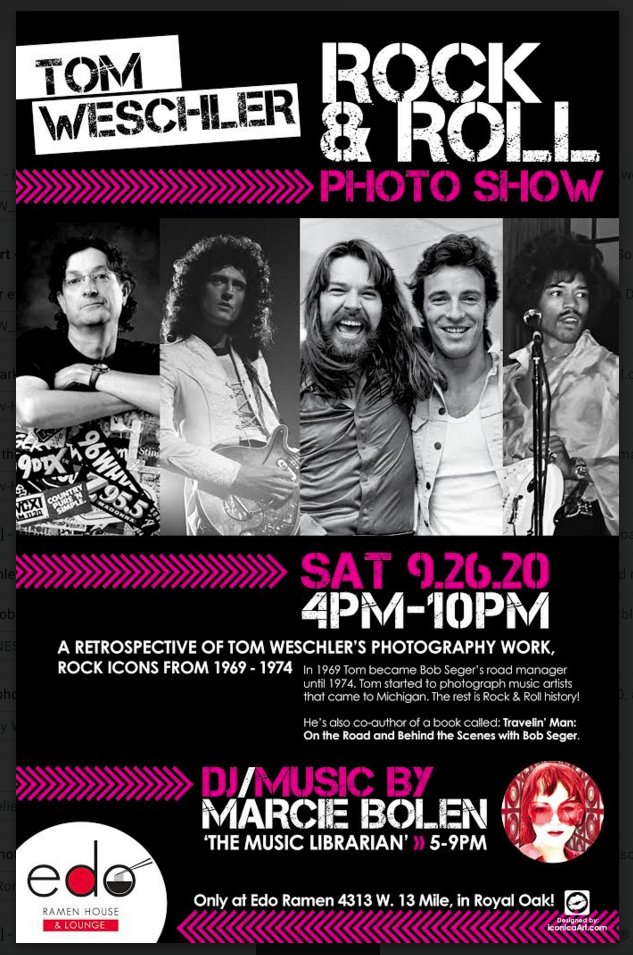