a. The “a” millennial (literally meaning “no” millennium) position is the eschatological view of historic Catholic, Lutheran, and Reformed Christianity. It would be my educated guess that about two-thirds of the Christian family espouse an amillennial eschatology. The amillennial position is as well the position of the vast majority of Reformed and Lutheran theologians. The position portrayed in these lectures is the Reformed understanding.

b. Amillennialists insist that the promises made to national Israel, David and Abraham, in the OT are fulfilled by Christ and the Church during this age, which is the millennium, that is the entire period of time between the two advents of our Lord. The “thousand years” are therefore symbolic of the entire inter-advental age. Satan is bound by Christ’s victory over him and the establishment of the kingdom of God via the preaching of the gospel, and Satan is no longer free to deceive the nations, through the presence of Christ is reigning in heaven during this period with the martyrs who come out of the great tribulation. At the end of the millennial age, Christ returns in judgment of all men. The general resurrection occurs, final judgment takes place for all men and women, and a new Heaven and Earth are established.

C. In most forms of amillennialism, immediately before the return of Christ, Satan is unbound, there is a great apostasy, and a time of unprecedented satanically inspired evil. This last Satanic gasp and subsequent rebellious activity is destroyed by our Lord at his return.

a. Amillennialism has always been the majority position of the Christian family. It was first articulated by St. Augustine and has been given a distinctive Reformed emphasis through the work of Geerhardus Vos (the “Biblical-Theological” approach). As the “dispensational” movement captured the hearts and minds of conservative American Evangelicals, amillennialism was equated with “liberalism” or Roman Catholicism. The supposed interpreting prophecy “spiritually” or “not-literally” has lead to the rejection of amillennialism by many. In addition, amillennialism suffered greatly from the failure of Reformed and Luthern writers to defend the position against the likes of Dave Hunt, Chuck Missler, and Hal Lindsey, who has labeled the position as “demonic and heretical,” and the root of modern antisemitism.

b. Leading contemporary “amill” theologians would include popular writers such as J. I. Packer, Mike Horton, [the late] Calvin seminary professor, Anthony Hoekema, and RC Sproul. In addition, all of the Reformers, as well as the Reformed and Lutheran confessional traditions, as a whole, have been amillennial.

Take, for example, the millennial question, “A” “Pre” or “Post.” As Berkhof admits, amillennialism may be the historical position of the church since the days of the apostles, but the term itself was not used until early in the twentieth century (Berkhof, Systematic Theology, 708). If we were to ask Calvin about his millennial views he would probably say millenarianism in any form is the view of fanatics. Calvin would have known only two options, non-millenarianism or chiliasm. Since amillennarians are technically postmillennial (Christ returns after the thousand years of Revelation 20), Calvin, I think would simply affirm he was a non-millenarian and argue something like an optimistic amillennial view, especially given his confidence in the spread of the gospel.

What can we say about Calvin’s eschatology?

1). He saw the death, burial, and resurrection of Christ as the key point in history (cf. Calvin’s commentaries on John 12:31 and Genesis 17:7).

2). Since he believed that God’s decree lies at the foundation of human history, therefore he held to a linear view of history and a final judgment.

3). Based on his comments on John 5:25 and Isaiah 26:19, he would have likely held that the first resurrection (cf. Revelation 20:4-5) was the conversion of the believer.

4). In his comments on Matthew 24:27, Calvin believes Christ’s coming as lightning is a reference to the spread of the gospel, which means that this prophecy is already fulfilled, and which in turn guarantees the second coming. Christ’s coming brings the fulfilled kingdom–and herein lies Calvin’s objection to the chiliasts (millenarians), who do not see this kingdom as come until after an earthly millennium has transpired after Christ’s return.

However, when we categorically deny to the papists the title of the church, we do not, for this reason, impugn the existence of churches among them. Rather, we are only contending about the true and lawful constitution of the church, required in the communion not only of the sacraments (which are the signs of profession) but also especially of doctrine, Daniel (Daniel 9:27) and Paul (2 Thessalonians 2:4) foretold that Antichrist would sit in the Temple of God. With us, it is the Roman pontiff we make the leader and standard-bearer of that wicked and abominable kingdom. The fact that his seat is placed in the Temple of God signifies that his reign was not to be such as to wipe out either the name of Christ or of the church (Institutes IV.ii.12).

This means Calvin was not postmillennial--in the sense of modern postmillennarians who believe that the earth will be effectively Christianized. Calvin’s confidence was in the gospel, not the transformation of culture. 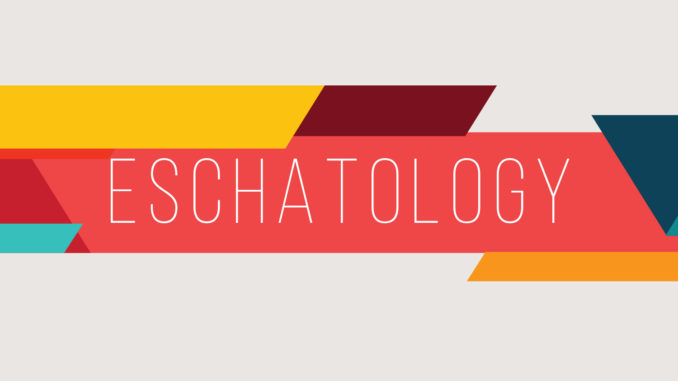