Rear-end collisions rank as one of the most common car accidents in the US. They can occur at any given speed when two cars bump into each other. And they have the potential to wreak havoc on the road. The most damaging rear-end collisions result in serious injuries and even fatalities. But even if the speed is slow, fender-benders can cause minor injuries to the driver and passengers.

In cases like these, it’s important to contact your auto accidents attorney and your insurance company. As well as, a physician almost immediately after the accident has occurred.

The Dangers of Rear-End Collisions

In the simplest sense, these crashes take place when the leading vehicle collides with the rear-end of another when moving in the same direction. At the time of impact, the leading vehicle is always traveling slower than the tailing vehicle. Or the former is stationary.

The law of physics tells us that in most cases, the impact of the collision results in the trailing vehicle slowing down, while it causes the leading vehicle to speed up. The occupants of both vehicles suffer injuries associated with rear-end collisions.

So what are the leading factors that result in auto accidents such as this one? The characteristics of the driver play an important role when analyzing rear-end collisions, as well as analyzing the rear-signaling systems and how they can be more effective.

Driver distraction plays an overwhelmingly significant role in the occurrence of rear-end collisions. The National Highway Transportation Safety Administration (NHTSA) published a technical report regarding driver attributes involved in rear-end crashes. According to the study, a distracted driver is more likely to have a delayed break-reaction to the vehicle that is in front of them. If you’re texting and driving, or not fully focused on the road ahead, or distracted by applications on your phone – you are not only risking your safety but putting the lives of those who are on the road in danger as well.

Taking your eyes off the road, for whatever reason, increases your risk of getting into a rear-end collision and it remains the biggest contributor to date.

Speed of the Colliding Vehicles

According to the data provided by NHTSA, speed is surprisingly less of a factor than you might think. The majority of rear-end crashes happen at relatively slow speeds when the driver of the trailing vehicle is unable to judge the speed of the leading vehicle. A vehicle rarely slams into the car in front at full speed without attempting to hit the brakes. A large number of collisions happen in heavy traffic when the leading vehicle abruptly slows down without the trailing driver expecting it.

Age & Sex of the Driver

The driver’s age and their sex play a part in rear-end crashes as well. The study found a correlation between the age and sex of the drivers and the number of collisions that happened in a year. The study concluded that younger male drivers were more likely to trail vehicles than the leading car. In the overall population, older, more experienced drivers are less likely to have an accident as compared to new, younger drivers.

A whiplash injury happens in the upper back and neck when your head suddenly jerks forward, backward, or sideways. The impact causes the muscles and ligaments of the neck and shoulders to stretch beyond their normal range. Unfortunately, resulting in the straining and tearing of your soft tissues. The effects of whiplash can be felt immediately after the impact. However, they may creep up after a few weeks after the accident. Symptoms such as neck pain, stiffness, dizziness, headaches, and blurred vision are all caused by whiplash. If not treated properly and with care, the effects can last for years.

A herniated disc can cause extreme neck and back pain. This is one of the most common injuries that result from a rear-end collision. There is a soft disk between each vertebra of your back designed to cushion it. At the time of the collision, these discs can rupture due to the impact. The rupture can cause damage to the surrounding nerves. A slipped disc can result in numbness, tingling, pain, and weakness in your limbs. This kind of injury commonly occurs in the lower back region, but it can also damage the neck area.

Roads accidents aren’t just limited to herniated discs – they can cause other forms of back pain as well. Some back pain is a result of muscle strains. At the time of the impact, your body’s reaction is to stiffen up and this causes the muscles to tear. Back pain is also triggered by complications from other injuries. A person who suffers an injury in their leg may not experience back pain instantly. It could show after weeks of muscle tension. The chances are that the lower back will get inflamed.

How to Recover After Rear-End Collisions

An auto accident attorney can help you recover financially after a rear-end collision. After the accident, you can protect your legal rights. And get fairly compensated for the damage that has been caused to your car as well as your well-being. It’s advised to take photos of the accident and the damaged parts of the vehicle right after it happens. This will help the insurance company, or the party at fault, to pay for all the repairs. Soon after you have exchanged all contact information with the driver involved and note their license plate number. Next, you should visit a medical professional. Even if you feel like you haven’t suffered a major injury, going in for a check-up will prevent problems from arising in the future.

Rear-end accidents occur all the time, and some can potentially end up with a loss of life. It’s important to note that collisions can cause serious injuries even at low speeds. Any injury sustained in a car accident needs immediate medical attention. Once you’re on the mend physically, contacting an experienced auto accident lawyer can help you recover financially. 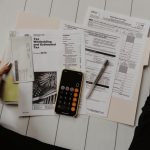 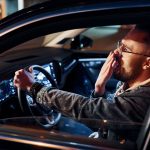