When it comes to car accidents, a head-on collision or a rear-end collision is common. But there is another type of collision that isn’t talked about much: the sideswipe collision.

When talking about sideswipe collisions, people think of minor property damage like scrapes or dents, but such accidents can cause much more damage than that. Occupants sitting in a car are protected from the front and back but tend to be more vulnerable from the sides.

What is Sideswipe Collision?

Such accidents are abundant in highways that have multiple travel lanes, narrow roads with a single lane in each direction, or one-way streets with parked vehicles. Sideswipe collisions rarely halt the momentum of a moving vehicle; the danger often lies in the after-effects of the incident. Drivers can get surprised by the accident, oversteer, and risk losing control of the car.

There are various causes why sideswipe collisions take place.

A large number of car accidents, including sideswipe collisions, can occur due to driver error.

Driver distraction is a major reason. If drivers are not present-minded and do not pay attention to the road for even a few seconds, it can lead to an accident. Common distractions include texting while driving, checking the navigation system, eating something, or grooming (such as brushing your hair or applying makeup while driving). Carrying conversations on the phone or with someone sitting in the car is also a distracting activity.

Such distractions can cause a driver to become absent-minded; they might not check a blind spot while changing lanes or might need to repeatedly switch lanes, increasing the chances of a sideswipe collision.

Influence of Drugs and Alcohol

Driving under the influence of drugs and alcohol can dull a person’s senses. It slows driver response time and can impair judgment. You can misjudge the distance between vehicles or wander out of your designated lane. You can fail to check blind spots when changing or merging lanes. These reasons can easily cause a sideswipe collision.

When speeding, one can easily lose control of their vehicle. They can drift off course and fail to avoid a collision. Other aggressive driving behaviors such as illegal passing, cutting other vehicles, or running other drivers off the road can also lead to sideswipe collisions.

How Can You Avoid Sideswipe Collisions?

Steps to Take After a Sideswipe Collison

Contact your attorney as soon as possible. Attorneys help victims of all kinds of car accidents receive the compensation they deserve. With an attorney, you have a better chance of receiving compensation for all injuries and losses you have suffered. 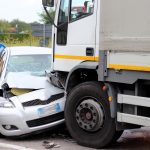 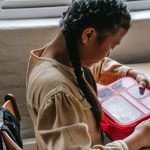